The 3 types of sin & virtue 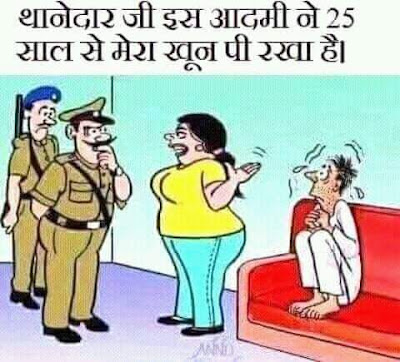 Punya and Paapa are of three types based on whether the Karma is performed mentaly, verbaly or bodily Consequently, the results of the sins too are experienced through the agencies of the mind, the organ of speech and the body respectively What constitutes mental sin has been defined as folows:
परद्रव्येष्वाभिध्यानं मनसानिष्टचिन्तनम । वितथाभिनिवेशश्च त्रिविधं कर्म मानसम ॥
Mental sins are of three kinds: the arising of the thought that another’s possessions must be usurped, the thought that another must be harmed, and harbouring of thoughts that are contrary to the Shastras For instance, the Shastras state the existence of Ishwara who creates,sustains and dissolves the Cosmos, and also ensures that everyone gets the fruits of their own Karma There are some who deny the existence of Ishwara; this denial is a mental sin There are others who deny rebirth This too is a mental sin When people commit such mental sins, they lose peace of mind in their folowing births It is a matter of experience that one first thinks, expresses the thought and then puts the thought into action Even if the thought has not fructified into action, a mental thought as mentioned above stil constitutes a sin Similarly, when one commits a verbal sin, one has to experience those results as wel through the organ of speech The Shastras classify the verbal sins as folows:
पारुष्यमनृतं चैव पैशुन्यं चापि सर्वशः । असम्बद्धप्रलापश्च वाङ्ममयं स्याच्चतुर्विधम ॥
Hurting others by speaking harshly is the first verbal sin Teling lies is the second Speaking unnecessarily without paying attention to the context of where we are( for instance gossiping while sitting in a temple ) When people indulge in these sins, they end up being dumb, or develop a stammer, or speak incoherently
अदत्तानामुपादानं हिंसा चैवाविधानतः । परदारोपसेवा च शारीरं त्रिविधं स्मृतम ॥
Stealing, causing physical harm, and lusting after women constitute bodily sin The reactions to these sins have to be experienced by the body It is important for everyone to refrain from these 10 sins in this lifetime, thus avoiding experiencing the fruits of these sins in future The Dharma Shastras advise us thus for our welfare We have to realize this and adhere to these instructions Just as sins fal into three categories and are enumerated under each category, the good deeds or Punya also fal into these categories and are enumerated as the exact antithetical act of the sins For instance, the thought of usurping another’s wealth is a mental sin The corresponding Punya Karma constitutes the thought of engaging in charity  the thought of giving away one’s wealth for the welfare of the other The thought of harming other is a mental sin The corresponding Punya is to have the thought of bringing about the welfare of another Thoughts harboured in opposition to the Shastras constitute mental sin, whereas the corresponding Punya is to live with thoughts that conform with the Shastras We see even today that some children have the tendency to engage in worship If the child’s father sits in worship,the child would do the same If the father applies Bhasma, the child too folows The child is not instructed to do so This inclination comes to the child naturaly Such is the Samskara of the child, that it develops a devotion to God Such Punyas result in peace of mind in the future lifetimes Some people say, I have no worries I am peaceful happy and contented This is the result of the Punya performed by the mind in the past Speaking sweetly, adherence to the truth, refraining, and speaking in accordance to the context and time constitute verbal Punya Such people are blessed with a great power of speech Engaging in charity, helping others and looking upon every woman as one’s mother constitute bodily Punya In future lives, they are blessed with good physical health as a result  Jagadguru Sri Bharati Tirtha Mahaswamiji
Swami Mrigendra Saraswati

( Folowing is a summary of the speech delivered by the Shankaracharya of Sringeri in Gajwel on Dec 12, 2012 )
at 9:14 pm